Sorry, there’s no such thing as ‘correct grammar’

Martin Gwynne may have fun telling people the rules of grammar, but language is owned and controlled by everybody 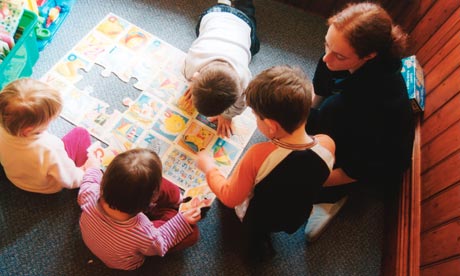 It may have stirred a few loins down at the Telegraph but the arrival at Selfridges of Martin Gwynne, author of Gwynne’s Grammar, to give grammar lessons, doesn’t seem to have made waves elsewhere.

One of the interesting things about the word “grammar” is that many of its users think that it is self-evident that it refers to one thing: “the grammar” of the language. If only the matter were that simple. Whereas linguists are agreed that language has grammar, what they can’t agree on is how to describe it. So, while there is a minimum agreement that language is a system with parts that function in relation to each other, there is no universal agreement on how the parts and the functions should be analysed and described, nor indeed if they should be described as some kind of self-sealed system or whether they should always be described in terms of the users, ie those who “utter” the language, and those who “receive” it (speakers and listeners, writers and readers etc).

For some, this is just academic nit-picking. There is just “the grammar” and one of the great failings of education today is that neither teachers or pupils know it. In fact, we would neither be able to speak nor understand if we didn’t know it. A three-year-old who says “I bringed it” is expressing the grammar through the structure she has learned which indicates past happenings. It just so happens that the “ed” ending isn’t the customary way of doing it with that verb. So she knows “grammar” but not the grammar of that particular word in that particular context.

This immediately raises the question of whether we get to know grammar in order to be “correct”, or in order to describe what people say and write. So, one of the customary ways of talking in London is to say “I ain’t done it” or “I ain’t going anywhere” or some such. Some would have this as “wrong” or even as “ungrammatical”. Others would say that if “grammar” is about analysing and describing then “ain’t” is as valid a subject of study as anything else. I doubt if that’s what is being taught – or indeed what many people want to hear – at the Selfridges class.

Many people yearn for correctness and this is expressed in the phrase “standard English”. The honourable side to this is that it offers a common means of exchange. However, this leads many people to imagine that because it is called standard, it is run by rules and that these rules are fixed. I’ve always understood rules to be regulations that are drawn up in some agreed list. They are fixed (until such time as they are amended) and they are enforceable. In fact, there is no agreed list, a good deal of what we say and write keeps changing and nothing is enforceable. Instead, language is owned and controlled by everybody and what we do with it seems to be governed by various kinds of consent, operating through the social groups of our lives. Social groups in society don’t swim about in some kind of harmonious melting pot. We rub against each other from very different and opposing positions, so why we should agree about language use and the means of describing it is beyond me.

So Gwynne, I suspect will have immense amounts of fun and satisfaction telling people what is “right”. People attending his classes will feel immensely pleased that they have been told what’s right and will probably spend a good deal of time telling other people they meet or read where and how they are wrong. This is not a neutral activity. It is part of how a certain caste of people have staked a claim over literacy. In effect, they state over and over again that literacy belongs to them. Other people (the wrong ones) have less of it or none of it. If we are serious about enabling those who want to acquire what we have called standard English then first we should be honest about change and its lack of encoded rules. Then, together with them, we should look closely at how such people’s speech and writing diverges from the kind of English that they would like to acquire. There will always be social reasons for this and knowing these helps people take on the dialects they don’t fully speak or write.

This isn’t easy. We shouldn’t pretend it’s easy. And there is no evidence to date that proves that learning “grammar lessons” enables you to do this faster than if you do it by discussion, analysis and practice in talk and writing. For more than 20 years, O-level exams in English had a grammar question. We were taught “grammar”. There was also an essay question (called composition) which was supposed to show off how good we were at writing. In all that time, there was no obvious correspondence (which could be taken as cause and effect) between scores on the grammar question and scores on the composition question.

In the meantime, if you fancy an outing in the world of grammar, try MAK Halliday’s An Introduction to Functional Grammar. If nothing else, it will stop you telling your children lies, as in “a verb is a doing word”.