Grammatical errors, or just old-fashioned turns of phrase? Over-capitalization as an act of grandiosity, or simply the way they denoted common nouns in 1776?  Heidi Stevens takes a lighthearted look (in today’s Chicago Tribune) at the prose of our forefathers in the most famous of American documents to date.

Grammar tics of the Founding Fathers 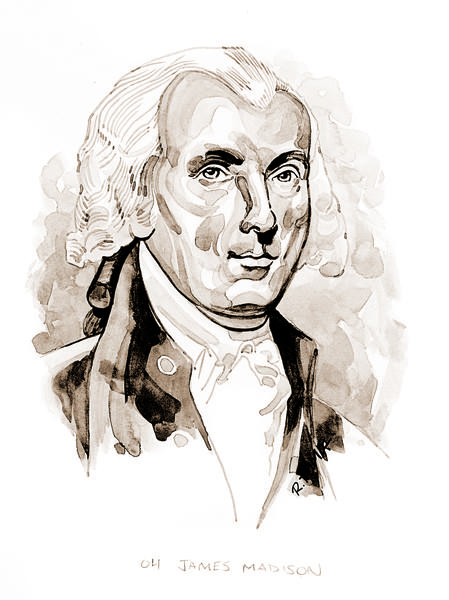 The third most popular Independence Day activity—after watching fireworks (No. 1) and sweating (No. 2)—is feigning smug alarm at the stupidity of our fellow Americans, according to a recent poll.

OK, not an actual poll. But that’s beside the point. Researchers love to release data this time of year showing how few people know what we’re actually celebrating with all the hot dogs and bottle rockets. Forty-two percent of us don’t know what year the United States declared independence, according to a Marist Poll, and 26 percent of us don’t know from whom we declared it.

This information serves as a great ice-breaker at family picnics and must be followed by a declaration that the Founding Fathers are totally rolling in their graves.

Eh, maybe. But we’re getting a little tired of the rancor and name-calling and general ill will directed at our fellow man. We think it’s time to direct it at the Founding Fathers instead.

Not that they didn’t do big, important things like, you know, framing our Constitution and winning independence from England. But can we talk for a moment about their grammar?

“I’m pretty sure James Madison was drunk when he wrote the second amendment,” says Martha Brockenbrough, founder of National Grammar Day and the Society for the Promotion of Good Grammar. “Just look at it. It’s a mess: ‘A well regulated Militia, being necessary to the security of a free State, the right of the people to keep and bear Arms, shall not be infringed.’

“Just as you don’t want to play with guns,” Brockenbrough says, “you also don’t want to be buzzed enough to get jiggy with your commas and sentence structure—especially when death is on the line.”

And what’s up with the random capitals?

“The founders capitalized nouns such as ‘prosperity’ and ‘tranquillity’ in the Constitution,” says Mignon “Grammar Girl” Fogarty, author of “101 Troublesome Words You’ll Master in No Time” (St. Martin’s Griffin). “Capitalizing unnecessary nouns is a rampant error in today’s business writing—’Let’s get Tacos for our Salespeople!’—but when you look at the Constitution, it’s like the worst of the worst. It wasn’t wrong in its time, but copy editors would be whipping out their red pens today.”

Arthur Plotnik, author of “The Elements of Expression: Putting Thoughts Into Words” (Viva), takes issue with the Constitution’s wordiness.

“You can find a few little extras in the document’s phrasal verbs,” Plotnik says. “‘The President shall have power to fill up all vacancies.’ Fill up, like a gas balloon?

“Another one: ‘No government officer shall accept of any present … from any king, prince or foreign state.’ What’s up with the of? An officer could accept the whole present, but not ‘of’ it? Sounds Super-PAC-ish,” he says. “And Article IV goes all ‘Gunsmoke,’ decreeing that fugitives could be ‘delivered up’ to the states they fled.”

And don’t even get us started on the preamble. A “more perfect Union”? Isn’t perfection, like uniqueness, absolute? Come on, guys.

Of course, there’s a good chance you will start a fist fight (or worse) by dissing the Founding Fathers at your Fourth of July gathering. Particularly if your fellow attendees forget to bring their sense of humor. So we leave you with these parting thoughts, from one of our favorite fellow countrymen.

“Do our sacred national texts violate modern rules of spelling, grammar and logic?” asks Jay Heinrichs, author of “Word Hero: A Fiendishly Clever Guide to Crafting the Lines that Get Laughs, Go Viral, and Live Forever” (Three Rivers Press). “Well, sure. I wish they did so even more.

“As a kid I proudly pledged my lee-gents to the flag; sang to the beautiful, forsaken skies; and had no clue what game Abraham Lincoln scored seven years ago. It didn’t matter. This was no ordinary language, it was like the voice of God—who, grownups assured me, spoke in mysterious waves.”

This was, Heinrichs says, by design.

“The ancient rhetoricians understood it well,” he says.”To make language sound impressively magical, they advised, darken it. Make it a little obscure. That’s because a clear meaning takes the mysticism out of sacred language.

“Proper grammar works well in a memo, but not so well in Amber’s ways of graying, or above the fruity plains, or in all those greats God shed for thee,” he says. “None of that stuff made sense to me as a kid, and I’m a better American for it.”