Continuing Glosso’s series “X v Y”, here’s a survey of the labels “Hispanic” and “Latino”. (And please note that this was originally posted several years ago.)

So isn’t it curious that there’s still substantial controversy about the most appropriate or accurate term for naming and identifying this population? Should a person of South American origin or descent be called a Hispanic or a Latino? Should there even be a single term used to describe such a disparate group of people of different nationalities, races and cultures? Has the search for a convenient catch-all moniker demanded by census reports, immigration legislation, advocacy groups, demographic surveys, and even just ethnic pride led to an artificial grouping that can’t really be defined?

But are these two words so interchangeable?

A comparison between the words and their origins is fraught with some of the subtle complexities of nationality and migration themselves.

According to the Oxford English Dictionary, Hispanic is an adjective meaning 1) of or relating to Spain or to Spain and Portugal; 2) of Spain and other Spanish-speaking countries. Used as a noun, it means a Spanish-speaking person, esp. one of Latin American descent, living in the US. Hispanic is derived from Hispania, the Roman name for the Iberian peninsula now known as Spain, from the Latin Hispanicus. The meaning “pertaining to Spain” (especially ancient Spain) dates to the 1580s, from the Latin word Hispanicus and from Hispanus, “Spaniard”. Its specific application in American English to Spanish-speaking parts of the New World dates to the 19th century, and since the early 1970s it has applied especially to Spanish-speaking persons of Latin American descent living in the U.S.

The OED defines Latino (with Latina as its feminine form) as a Latin American inhabitant of the United States (n.), or as an adjective “of or relating to these inhabitants”. Latino (compared to Hispanic) is a much more recent American English term, dating from 1946; it derives from American Spanish, as a shortening of Latinoamericano “Latin-American”, and was adopted only during the 1970s as an adjective. Latin America (first reference 1862) is a geographical-linguistic term from the more general “Latin” as a designation for people whose languages descend from Latin (1856). Hence, all people of Latin American descent can be described as Latin, but not all are necessarily Hispanic. Brazilians, for example, speak Portuguese: they are Latin but not technically Hispanic.

According to a New York Times blog from 2009 (see below), a 2006 survey by the Pew Hispanic Center found that 48% of Latino adults generally describe themselves by their country of origin first; 26% generally use the terms Latino or Hispanic first; and 24% generally call themselves American on first reference. As for a preference between “Hispanic” and “Latino”, a 2008 Center survey found that 36% of respondents prefer the term “Hispanic,” 21% prefer the term “Latino” and the rest have no preference.

Mark Davidson, in his book Right, Wrong or Risky (2006 edition), argues that there is indeed a lingering disagreement about which term is more appropriate or accurate, and he identifies specific national or ethnic populations that express strong – even vehement – preferences for one term over another. He cites a group called the Mexican Empowerment Committee, which sent a message to the news media in 1994 stating what it claimed to be the collective understanding of the word Hispanic by the Mexican and Mexican-American population of the time: “It is insulting to include us …when you use this term that denies us our Native Mexican (non-European) roots … our true heritage, which is Mestizo: mixed Native Mexican and Spanish. When referring to the general Spanish-speaking population and those of Mexican descent …. please use … Mexican/Latino population; Mexicans and other Latinos of California; Mexican and Latino population of the U.S.; or ‘Latino,’ if you must, but please, never Hispanic.”

David Gonzalez, in a New York Times article of 1992, anticipated these preferences in the Pew survey when he suggested: “In a recent national survey of Hispanic political attitudes, researchers may have found a key to the issue: Most Hispanics/Latinos prefer to identify themselves as Puerto Rican, Colombian, Dominican or just plain American.”

The New York Times “After Deadline” blog addressed this usage issue in 2009, and it seems that there’s still no right answer.

Hispanic? Latino? Or What?

By PHILIP B. CORBETT

Notes from the newsroom on grammar, usage and style. 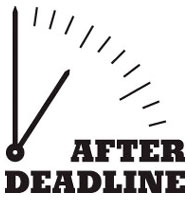 The nomination of Sonia Sotomayor for the Supreme Court prompted discussion about our use of “Hispanic,” “Latino” and related terms. It’s not a simple issue, and I consulted with a number of reporters and editors here who offered good counsel.

Here are some key points to keep in mind:

• While both “Latino” and “Hispanic” are generally acceptable, some people have a strong preference. We should respect those preferences as much as possible in referring to individuals and groups; reporters and editors should routinely ask.

• Specific references like “Puerto Rican” or “Mexican-American” or “Guatemalan immigrant” are often best.

• Judge Sotomayor clearly uses “Latina” for herself, and we should respect that preference whenever feasible. In more detailed references, we can note that her parents moved to New York from Puerto Rico. Once again, remember: they were not immigrants.

• I will adjust the current entry in The Times’s stylebook to clarify that “Latina,” like “Latino,” can be used as an adjective as well as a noun. We should be aware, though, that for many English speakers the use of inflected adjectives may still be unfamiliar.

• As always, references to ethnicity should be used only when they are pertinent, and the pertinence is clear to readers. One reporter pointed out that many second- and third-generation Latinos regard themselves as simply “American” or “Texan” or whatever. If ancestry is relevant, phrases like “a lawyer of Mexican descent” or “a New York native of Puerto Rican descent” might serve.

• Our stylebook defines “Hispanic” as “descended from a Spanish-speaking land or culture.” But be aware that opinions vary on how broadly to apply these terms. Can “Hispanic immigrants” describe a group that includes Brazilians or other Portuguese speakers? Can “Hispanic” describe immigrants from Spain itself? Once again, being specific will help minimize confusion or ambiguity.

A brief report from the Pew Hispanic Center offers some interesting background (including more on the Cardozo question). Here’s one section:

Q. How do Hispanics themselves feel about the labels “Hispanic” and “Latino”?

A. The labels are not universally embraced by the community that has been labeled. A 2006 survey by the Pew Hispanic Center found that 48% of Latino adults generally describe themselves by their country of origin first; 26% generally use the terms Latino or Hispanic first; and 24% generally call themselves American on first reference. As for a preference between “Hispanic” and “Latino”, a 2008 Center survey found that 36% of respondents prefer the term “Hispanic,” 21% prefer the term “Latino” and the rest have no preference.

Q. What about Puerto Ricans? Where do they fit in?

A. Puerto Ricans are U.S. citizens by birth — whether they were born in New York (like Judge Sotomayor) or in the Commonwealth of Puerto Rico (like her parents). According to the Census, some 97% of all persons born in Puerto Rico and living in the mainland United States consider themselves Hispanics. Overall, Puerto Ricans are the second largest group of Hispanics in the 50 states and District of Columbia — they make up 9% of the mainland Hispanic population, well behind the Mexican-origin share of 64%, but ahead of the 3.5% share of Cubans. In 2007, the 4.1 million persons of Puerto Rican origin living in the mainland United States exceeded Puerto Rico’s population of 3.9 million.